Arnold Böcklin was born on 16 October 1827 in Basle, the son of the merchant Christian Friedrich Böcklin and Ursula Lippe. His artistic apprenticeship lasted until 1850; he studied first at the Academy of Fine Arts in Düsseldorf under the guidance of Johann Wilhelm Schirmer, an exponent of German Romanticism, and then went to Paris in 1848, where he had the opportunity to see the work of Corot, Delacroix and Couture. The outbreak of revolutionary unrest in the summer of 1848 forced him to return to Switzerland. Here he met the historian Jacob Burckhardt, who managed to obtain commissions for him and encouraged him to visit Italy. While he was in Rome in 1850 he received news of the death of his fiancé Louise Schmidt. However, he stayed in Rome until 1857, marrying the 17-year-old Angela Pascucci in 1853. He also discovered the ancient world and classical mythology, which would subsequently be a powerful source of inspiration for his painting and poetry. Finances were short in this period and he painted marketable views and landscapes of Rome, which were invariably interpreted according to a Classical ideal. After the birth of his first two children in 1855 and 1857, Böcklin was given, thanks to the intervention of his friend Anselm Feurbach, the task of painting the dining room of the Wedekind house in Hannover. The theme was Man and fire. In 1859, he moved to Munich and the following year he was appointed professor at the art school in Weimar. After abandoning teaching in 1862, he returned to Rome, where he greatly admired Raphael’s frescoes in the Vatican. A further influence was also provided by a visit to Naples, where he discovered the Pompeii frescos, which were a stimulus in the development of his artistic technique and themes. In September 1866, he returned to Basle, where he painted a large number of portraits and where, from 1868 to 1870, he frescoed the great staircase of the Museum für Natur und Volkerkunde with mythological subjects. In the autumn of 1867 he had also carried out work in Stuttgart, decorating the summer residence of Aldemar Sarasin with frescoes. After having definitively broken all contacts with Burckhardt, an intense period of work followed in Munich from 1871 onwards. He then moved to Florence in 1874, where he met Hans von Marées. His daughter, Beatrice, was born here, but she died at the age of one in March 1877 and was buried in the Swiss Cemetery of Florence, also known as the English Cemetery. It was also in Florence that he painted the first of the five versions of the celebrated painting The Isle of the Dead in 1879. In 1885, he moved again, this time to Zurich, where he became a friend of the poet Gottfried Keller and where in the same year he suffered his first apoplectic stroke. After a recurrent episode in 1892 he spent time convalescing in Viareggio and at San Terenzio, before returning to Florence in 1893, where the Uffizi Gallery asked him to paint a self-portrait for its collection. In 1895, he bought Villa Bellagio in San Domenico (Fiesole), where he painted works such as The Plague (1898), the Tryptych (1899) and Melancholia (1900). He remained in Fiesole until his death on 16 January 1901, following numerous further recurrences of his illness. He is buried in Florence.

The Greeks were everything to him. Like them, he preferred the imaginary world and he placed it above the real one. With him one always feels immersed in an ancient Renaissance atmosphere, without, however, being able to think that it is an imitation. 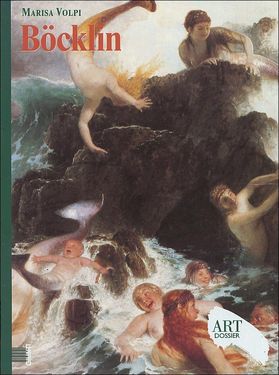