Son of a master gilder, for a few years he studied with the painter José Luzàn Martinez. Fascinated by the paintings of Tiepolo that he saw in Spain, in 1769 he decided to leave for Italy. Upon his return to Spain he settled in Saragossa and obtained his first important commission to paint frescoes in the cathedral of Pilar. Thanks to the support of his brothers-in-law, Ramòn and Francisco Bayeu, in 1774 he was appointed to do the cartoons for the Royal Tapestry Factory of Santa Barbara, on which he worked for many years. In 1780 he was elected a member of the Royal Academy of San Fernando. In the following years he did a series of oil paintings of children playing, then he dedicated himself to portraiture and in 1784 executed one of his most important paintings for the king’s brother: The family of the Infante Don Luis (Mamiano di Traversetolo, Fondazione Magnani Rocca). During this period he also worked for the dukes of Osuna, painting landscapes for their country residence and some family portraits. After completing The Meadow of San Isidro, one of the cartoons for a tapestry in the bedroom of the little princes at Pardo, in 1789 he was appointed court painter by the new king, Charles IV. Stricken by a severe disease that would eventually leave him deaf, he continued painting portraits (The Duchess of Alba, 1795 and 1797) and scenes of popular life (The Death of the Picador, 1793, as well as the first scenes of madness, witchcraft and torture. In 1797 he began to work on the Los Caprichos, a series of engravings in which he expressed his rebellion against any form of oppression and superstition with enormous fantasy. Some of his most intense female characters date from the early nineteenth century - Maria Tomasa Palafox Marquesa de Villafranca, 1804; Doña Isabel de Porcel, 1804-1805; The Clothed Maja, 1800-1805; The Naked Maja – and The Family of Charles IV, the most famous of his group portraits. The Napoleonic invasion of 1808, the fierce reprisals and anguish of the Spanish people left an indelible mark on his life that was expressed in the engravings of The Disasters of War (1810-1820) and in two famous paintings from 1814: The 2nd of May 1808 and The 3rd of May 1808: The Execution of the Defenders of Madrid. After he fell out of favor at the royal court he retired to his country home, “Quinta del Sordo” and covered the walls with anguished, visionary scenes, The Black Paintings from the Quinta del Sordo. In 1824 he departed for France and settled in Bordeaux where he lived until his death in 1827. His last works were The Milkmaid of Bordeaux and a portrait of his grandson Mariano. 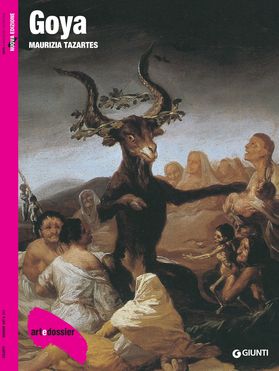