John Singer Sargent was born in Florence to American parents – Fitzwilliam Sargent a surgeon and Mary Singer a water color artist. He spent his youth breathing the educated atmosphere of his family who, coming from Philadelphia had deliberately chosen to spend their lives traveling through Europe, sacrificing prosperity and security. When John decided to become a painter and enrolled at the Accademia di Belle Arti in Florence in 1873 his parents were ready to support him and moved to Paris to further his career. In 1874 the eighteen year old and talented John entered the Paris atelier of the portrait painter Carolus-Duran and passed the entrance examination for the Ecole des Beaux-Arts. In 1879 he showed a portrait of his teacher at the Salon that brought him an honorable mention. Then, in 1880 he began his travels to Italy, Spain, Holland and Morocco. Upon his return to Paris Sargent made contact with the Impressionists and became friends with Claude Monet, His painting, however, remained faithful to a bold, but not “revolutionary” realism and he became a preferred interpreter of a sophisticated social world. His refined tastes and fine education (he spoke four languages and played the piano) led him to favor a modern, fluid and elegant style of portraits inspired by Velasquez and Manet, for portraying European and American high society. He earned a series of successes at the Salons where he showed his works regularly even though he soon had to leave Paris because of the scandal caused by his famous portrait of Madame Gautreau, that was considered too explicitly erotic. He moved to London in 1886 where he lived in the midst of the small colony of Anglo-American artists at Broadway a remote little village on the Thames, and there he did a series of en plein air paintings. One of these, entitled Carnation, Lily, Lily, Rose created somewhat of a sensation among the English public when it was shown at the Royal Academy in 1887. That same year he decided to make his first trip to America where his first one-man show was reviewed by Henry James whom he had met in Paris. In the United States he received commissions for large murals in public buildings (Boston Public Library, 1894-1895; Cambridge, Widner Library, Harvard University, 1924-1925). His portraits were shown regularly in London, Boston, New York and Paris (event at the famous Universal Exposition of 1889). Rodin defined Sargent as “the Van Dyck of the era” because of his great popularity in society circles. Some contemporary critics and artists such as Marry Cassat, Degas, Pissarro and Roger Fry criticized the facility of his painting and his total removal from his subjects. After 1907 Sargent stopped painting portraits, instead he traveled abroad and combined painting and pleasure with regular sojourns in Venice, Florence, Lake Garda and in the Alps. After the outbreak of World War I he traveled widely throughout the United States and painted oils and watercolors inspired by the Rocky Mountains and Florida. He returned to Europe for some important public commissions and died in 1925 on the eve of his departure for Boston which like London and New York held a commemorative exhibition of his works.

[Concerning the painting Madame X (Madame Pierre Gautreau)] Looking at this unusual picture visitors remain open-mouthed because they understand nothing of what they see. Is it a woman? A chimera? A unicorn rampant as on a coat of arms? Or is it perhaps the work of a decorative Oriental artist who forbidden from reproducing the human form and wanting to evoke the mage of a woman drew this delightful arabesque? No, it is nothing of the sort; rather it is a precise image of a modern woman done by a painter who is a master of his art. 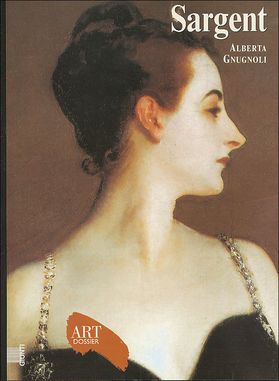