Raphael learned the basics of painting from his father, Giovanni Santi who was both a painter and writer. One of his earliest works was the Resurrection of Christ that is now in Sao Paolo in Brazil. In 1499 he moved to Città di Castello where he received his first commission as a “master” along with Evangelist di Piani di Meleto: the altarpiece with the Coronation of the Blessed Nicola da Tolentino (1500-1501). At Città di Castello Raphael completed other masterpieces such as the Crucifixion 1502-1503 (London, National Gallery), and the Marriage of the Virgin 1504 (Milan, Pinacoteca di Brera). His style was by now differentiated from that of Perugino and more closely resembled Piero della Francesca and Leonardo. In Florence he painted some portraits that are marked by psychological introspection such as Maddalena Doni and Agnolo Doni. By the end of 1506 he had completed major paintings such as The Madonna of the Goldfinch that is currently in the Uffizi. The following year he completed several canvases including the La Belle Jardinière and the Deposition (Rome, Borghese Gallery). In 1508 he painted the Cowper Madonna, but did not finish the Madonna of the Canopy because he had been summoned to Rome by pope Julius II to decorate the rooms in his new apartments. He worked on the frescoes in the Stanza della Segnature until 1511, completed the Disputa (Dispute Over the Sacrament), The School of Athens, Parnassus and the Virtues. He continued working on the decorations in the Stanza di Eliodoro. Agostino Chigi commissioned some frescoes for his villa, the Farnesina (The Triumph of Galatea) and for the chapel in Santa Maria della Pace. In 1512 he completed the Madonna di Foligno, which is now in the Vatican Museum and the frescoes with the Expulsion of Heliodorus and Mass of Bolsena in the papal apartments. After the death of Julius II (1513) Raphael left more and more work on the apartments to his pupils and began to work on architecture, designing the Chigi chapel in Santa Maria del Popolo in Rome that he completed in 1516. He worked with Bramante in the Fabbrica di San Pietro and upon Bramante’s death he was appointed architect of the new St Peter’s Basilica. Between 1514 and 1515 he painted the Portrait of Baldassare Castiglione, the Madonna of the Chair, the Sistine Madonna and the Ecstasy of St. Cecilia. During this period he was also appointed to supervise antiquities and excavations. When he completed the work in the rooms, he frescoed the Loggia and Stufetta for Cardinal Bibbiena and the Loggia di Psiche in the Farnesina. He began to decorate the Vatican loggia with the helpers. He drafted plans – that were partly completed – for Villa Madama. His last work was the Transfiguration, now in the Vatican Museum, that he painted for Giulio de’Medici.

His dignity is not the slightly theatrical of Poussin so it seems that the painter must always make an effort to maintain a tone that is not actually his. It is not the elect and sometimes affected grace of Leonardo; it is an elegance for which there is no model anywhere; a chaste talent so to speak, the earthly manifestation of a soul that converses with the gods. It is not the pomp, the splendor of the ideas, and the sometimes-indiscreet profusion of the Venetian painters. In his simplest paintings as in the vast compositions filled with majesty, with life and movement his spirit spreads the most absolute order and an enchanting harmony. 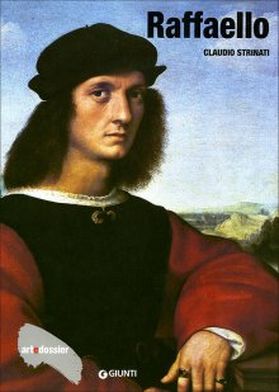