Oscar-Claude Monet was born in Paris in 1840, but spent his childhood at Le Havre. He was a talented caricaturist, but the painter Eugène Boudin convinced him to dedicate his talents to landscape painting. He returned to Paris in 1859 and enrolled in the Académie Suisse and began to frequent the Brasserie des Martyrs, a meeting place for artists and intellectuals. In 1860 he was called up for military service and sent to Algeria. In 1862, when he returned to Paris, he met Sisley, Renoir and Bazille. The meeting with Courbet was decisive, and he studied his painting technique. In 1865 he exhibited at the Salon for the first time, and with great success. In 1869 he painted La Grenouillère his first entirely Impressionistic painting. Then, in 1870, with the outbreak of the Franco-Prussian War he moved to London. When he returned to France, plagued by financial problems, he moved to Argenteuil. There, in 1873 he painted Impression: Sunrise. The painting was exhibited in 1874 at the first Impressionist show that was held in Paris in the studio of the photographer Nadar, and it was this painting that gave the movement its name. His wife and model Camille died in 1879. The exhibitions he participated in during the ‘eighties – in New York sponsored by Duran-Ruel in 1886 and in Paris in the Georges Petit gallery in 1889 - definitively earned him renown. After 1883 he moved to Giverny with Alice Hoschedé whom he married in 1892. His paintings of the Rouen cathedral were done in the ‘nineties as were the Water Lilies, works in which the materialization of the subject anticipated the studies of abstraction. The final years of his life were marked by a severe eye disease; he died at Giverny in 1926, almost completely blind.

No one knows how to raise a rock in the pounding waves, to create an understanding of the enormous structure of a rock that fills the whole canvas, to arrange a village on a hill dominated by a river, to create the sensation of a group of wind-twisted pines, to throw a bridge across a river, to express the character of the land beneath the summer sun. All this is constructed with vastness, exactness and strength, in the delightful or burning harmony of the luminous atoms. The most unexpected colors alternate in the leaves; up close we are astounded to see stripes of orange, red, blue and yellow, and from a distance the freshness of the green fronds seems evoked with infallible truth. The eye recomposes what the brush has separated and we realize, with astonishment all the science and all the secret order that has directed this mass of spots that seem to have sprayed in a furious downpour. It is a symphony in which color is an instrument with a distinct part and in which the moments with their different colors create the themes. 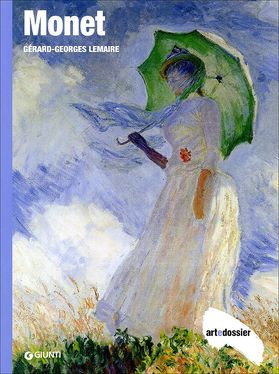