Child of a well-to-do bourgeois family, he abandoned his studies of law at Aix-en-Provence to pursue his artistic vocation. From 1861 he divided his time between Aix and Paris; in fact he made his first trip to Paris that year. There he attended the Aacadémie Suisse to prepare for the entrance examination to the Ecole des Beaux-Arts where he was not accepted. Disappointed, he returned to Aix and until 1862 worked in his father’s bank. In the coming years he lived alternately in Aix and Paris; he frequented the painters who would become the Impressionists and he exhibited at the Salon des Refusés. He continued to send his paintings to the Salon of the Académie, the stronghold of the official artistic culture that systematically rejected them. The works from this period are distinguished by dark colors, heavy, thick colors and the irreverence with which he treated painting (Scipio). In 1870, during the Franco-Prussian war he moved to Estaque in Provence with Hortense Fiquet his model, whom he later married. The years from 1872 to 1882 marked Cézanne’s “Impressionist” phase that was influenced mainly by his friendship with Pissarro. In 1872 he joined the artist at Pontoise and he moved to Auvers-sur-Oise as a guest of Dr. Gachet a friend of the “new” painters (who also the last friend of Van Gogh). In 1874 he participated, unsuccessfully, in the first Impressionist show with three paintings, including The Suicide’s House and a Modern Olympia. He only participated in two impressionist shows: in 1874 and 1877. After that date he practically isolated himself in Provence and did not exhibit practically anything for about twenty years. In 1883 he withdrew to Provence and concentrated on developing a technique exalting the volume of shapes through color that would distance him from the Impressionists. During those years he insistently worked on the same themes: views of Estaque, Monte Sainte-Victoire, mainly still-lifes, portraits of his wife (Madame Cézanne in a Yellow Armchair, 1890-1894). His colleagues understood his works, but the critics did not. It was only in the ‘nineties and the beginning of the twentieth century that he achieved his first successes: his one-man show in 1895 was a triumph as was the exhibition at the Salon d’Automne in 1904 (in the meantime he had also participated in the Salon des Indépendants of 1899, 1900 and 1902). In 1900 he became ill with diabetes and spent nearly all his time at Aix-en-Provence. During the final years of his life he worked on the great Bathers painting (1898-1904) a grandiose synthesis of studies he had made on the subject during the previous decade.

Anyone who did not watch him paint will have difficulty imagining the extent to which his work was slow and even painful on some days. In my portrait, there are two spots on my hand where the canvas is bare. I pointed it out to Cézanne who said, “If my session at the Louvre is successful, tomorrow I may find the right way to cover these blank spaces. Try to understand, ...if I were to intervene haphazardly, I would be forced to begin the whole painting again from this point.” 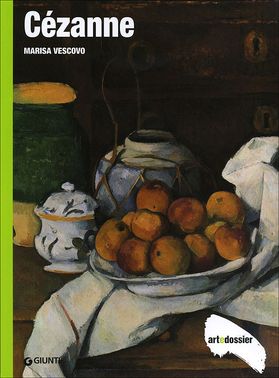