Jacques-Louis David was born into an educated, prosperous Parisian family in 1748. In 1766 he entered the École Royale des Élèves Protégés, thanks to the recommendations of François Boucher, first painter to the king, and Jean-Marie Vien. The teachings of the latter, who was committed to a recovery of the French classical traditions and studies of antiquity, were extremely important to the young David, especially during his first sojourn in Rome. His early Parisian works are marked mainly by the influence of Boucher, the anti-classicist par excellence. Works such as Jupiter and Antiope (1767) and The Combat Between Minerva and Mars (1777) date from this period. He lived in Rome from 1775 to 1780 since he had won the French Academy’s Prix de Rome. It was there through “contact” with antiquities and his studies of seventeenth century Bolognese paintings and Caravaggio’s works that he definitively went beyond the Rococo experience. At the Villa Albani in Rome he met Mengs, author of Parnassus, that was considered the manifesto of the new manner of painting in the “old style”. But above all, he became friendly with Quatremère de Quincy, the archeologist and art critic who accompanied him to Naples in 1779. Upon his return to Paris he completed two paintings he had begun in Rome, Belisarius and the Portrait of Count Potocki (1780). The Belisarius was shown at the Salon in 1781 and met with immediate success, mainly because of its reference to the “great” paintings of Poussin and the use of pure, bright colors. In the coming years David painted many portraits according to Van Dyck’s models. He met with great success in 1785 when he exhibited The Oath of the Horatii at the Salon. This painting, that he did during a second sojourn in Rome, can be considered a turning point in the definition of the new Neoclassical style. The painting of Brutus and his Dead Sons, or The Lictors Bring to Brutus the Bodies of his Sons, dates from 1789. Although the revolution had not yet begun, it earned David the title of painter of the Revolution. He worked on all sorts of projects, from decorations for celebrations to the reform of art teaching, to the protection and establishment of a large museum to educate the people. In 1791 he painted the Tennis Court Oath, and in 1793 the Death of Marat. David was briefly imprisoned after the Thermidor Reaction and following his release painted The Sabine Women (1799), that was a resounding success since it was interpreted as a proposal for reconciliation after the civil struggle. He soon began painting for Napoleon, starting with Napoleon Crossing the Alps (1800) that revolutionized the traditional equestrian portrait. Throughout the duration of the Empire David was Napoleon’s painter, and the most highly in demand among the imperial court. Between 1805 and 1807 he painted one of his demanding and complex works The Coronation of Napoleon. In 1815 he chose to go into exile in Belgium where he died in 1825. The time he spent in Brussels was highly productive: he painted a myriad of portraits and mythological subjects.

David is an unusual composite of realism and the ideal…He was the father of the entire modern school of painting and sculpture; he also reformed architecture and even furniture […]. In some ways he still reigns supreme and in spite of certain apparent changes in taste of today’s school it is obvious that everything still derives from him and his principles. 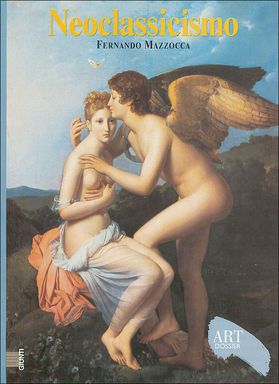