Born in Paris in 1832, son of a prosperous family Edouard Manet studied classics and soon developed a passion for drawing. However, he was forced to undertake a career as a navy officer to escape the legal career forced on him by his father. Having failed the officers’ examination, upon his return from a trip to Rio de Janeiro Edouard managed to convince his father to let him cultivate his artistic ambitions. So, in 1850 he began frequenting the studio of the academic painter, Thomas Couture where he would remain until 1856. Conflicts led to a definitive break in 1858, caused by Couture’s negative opinion of the Absinthe Drinker. Those years were actually Manet’s real artistic education: he was convinced that the renewal of painting must start from a knowledge of traditions. In 1853 he went to Italy to study the masterpieces in Florence, and in 1856 he traveled through Holland, Austria and Germany. He began to become acquainted with the Parisian artistic milieus and met Fantin-Latour, Degas and the poet Baudelaire who became his great friend and supporter. In 1860 he made the acquaintance of Berthe Morisot, a talented young female painter who was to be his pupil and model. He also began to exhibit his early works at the Salons, such as The Guitar Player (1861). He painted many pictures of Spanish subjects, evidence of his passion for Spanish painting from which he drew his compositional and formal inspiration, especially Velázquez and Goya. 1863 was the year of the famous Déjeuner sul l’herbe – Luncheon on the Grass. The painting was rejected by the Salon and shown at the polemic Salon des Refusés and created a great scandal. Baudelaire took up Manet’s defense but the artist had already embarked on a difficult period becoming the object of rancorous polemics on the part of the “official” critical environments (the Académie and the Salon). However, this moment also marked by the beginning of modern painting in which Manet was to be a firm believer, starting from the Déjeuner to Olympia (1863, shown at the Salon in 1865), works that redeveloped classical themes in a modern context, with daring formal and thematic contrasts that would provoke fierce reactions. In 1865 Manet took a trip to Spain, and the following year the Salon rejected two of his works: The Tragic Actor and The Fifer. The latter was based on two-dimensional shapes defined by the contours typical of Japanese art that was a constant reference for Manet. In 1867 his works were excluded from the Universal Exposition, but they were openly defended by the writer Emile Zola who became his friend and avid supporter, in a way replacing Baudelaire who had died that year. In 1868 his Portrait of Emile Zola sealed their friendship. During the ‘seventies, when he also participated in the political events of the Commune born from the collapse of the Second Empire Manet painted other portraits of intellectuals, including the outstanding small canvas of the poet Stéphane Mallarmé. Baudelaire, Zola and Mallarmé had all defended and understood his painting, maintaining that it was capable of portraying the realities of contemporary life as well as being an expression of a profound renewal of art. In any case, even though Manet had paved the way and participated in the discussions at the Café Guerboi and at the Nouvelle Athènes, he did not take part in the first Impressionist exhibition at the Nadar gallery in 1874 because he did not identify with that movement. Until the end he would produce masterpieces of free and daring structure, and remained tied to the figure and to pure, natural colors. He was to create splendid paintings such as Luncheon in the Studio (1868), Berthe Morisot with a Fan (1872), Gare St. Lazare (1872-1873), Nana (1877) and the beautiful Bar at the Folies-Bergère, his last painting of contemporary life. Manet died in Paris on 30 April 1883.

Manet’s talent is made of simplicity and authenticity. Perhaps, looking at the incredible nature [painted] by some of his colleagues, he decided to question reality alone; he rejected acquired science, ancient experience, and wanted to approach art from the beginning, that is from the precise observation of things. So he courageously stood in front of a subject and saw that subject in wide splotches, vigorous contrasts and painted each thing the way he saw it. […] Manet’s temperament is dry, it penetrates in depth. He grasps his figures, he does not retreat before the coarseness of nature, he portrays various objects one over the other in all their vigor. His entire personality leads him to see splotches, simple and energetic fragments. […] You know the effect that Manet’s canvases produce at the Salon. They pierce the walls. Simply. All around are the sweets of fashionable artistic confectionery, sugar trees, timbale houses, gingerbread men and vanilla custard women. The candy shop becomes pinker and sweeter and the artist’s living canvases seem to take on a certain bitterness in the midst of that river of milk. 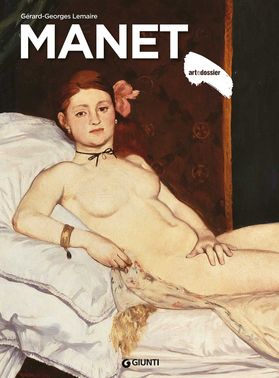