Amedeo Modigliani was born in Livorno in 1884; he began studying painting under Guglielmo Micheli, one of the “Macchiaioli” artists at a very young age. He then went on to the academies in Florence (where he studied nudes) and Venice (where he enrolled in 1903). It was there, at the early editions of the Biennale, that he first saw the Impressionists. From the beginning his favorite subjects were the portraits and female nudes that would be constants in his later works. After his academic studies he departed for Paris in 1906. There he developed an interest in contemporary French art, especially Toulouse-Lautrec’s graphics and paintings and then the works of Cézanne – that were fundamental to his development – and the Fauves. He attended the Académie Colarossi and frequented the bohemian circles of Montmartre and Montparnasse where he met the greatest artists of the period – Picasso and mainly Brancusi whose influence was a determining factor in his appreciation for African and primitive sculpture. In the meantime, although the nudes he showed in an exhibition organized by Léopold Zborowski at the Berthe Weill gallery triggered a scandal they aroused the interest of the other great artists. In 1907 he was introduced to the physician and patron of the arts, Paul Alexandre who opened the doors to the foremost artistic circles such as the Salon des Indépendants where he showed five pieces. After intensive work on sculpture, that left pieces such as the Heads, in 1914 Modigliani began to dedicate himself exclusively to painting. Some of the canvases from this period, such as the Cariatide rosa (1914), bear a clear imprint of his sculptural language. In addition to the members of the artistic circles, his repertory of subjects included working people, especially women: maids, flower-sellers, beggars and, naturally his lovers some of whom are portrayed in the famous nudes. Amedeo Modigliani died in Paris in 1920 after a long illness that was exacerbated by his lifestyle of drug and alcohol abuse.

Modigliani’s restless character, his ardor, are revealed in all his paintings. His character revealed itself in painting; and through twisted lines, and radiant, vibrant brushstrokes he searched for life. Fiery temperament, fiery paintings. A terribly sensitive soul, he submitted to the environment around him while remaining profoundly loyal to himself. Modigliani’s art could only have developed in the atmosphere of Paris. 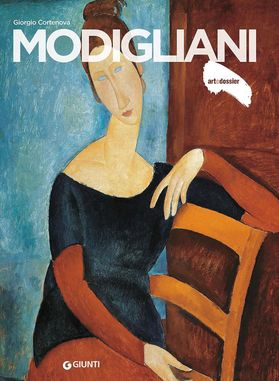