Johannes Vermeer, son of the weaver and art merchant Reyner and Digna Baltens was baptized in the Nieuwe Kerk of Delft on 31 October 1632. Johanees inherited his father’s business in 1652 and the following year, year – 1653 – he joined the Guild of St. Luke as a master painter. Unfortunately, there is little information about his artistic training, but his apprenticeship must have begun prior to 1650. The data about his relationships with other artists are also vague and scanty. Leonard Bramer (1596-1674) was the witness at his wedding to Catharina Bolnes in April 1653 after he had converted to Roman Catholicism and Gerard Ter Broch (1617-1681) cosigned a document with him that same year. However, nothing is known about the types of relationships Vermeer had with these artists even though there is documentary evidence of much contact between Bramer and the Vermeer family around the middle of the century. In a poem written in 1667 Arnold Bon said that Vermeer had been a pupil of Carel Fabritius (1622-1654), but there is no documentary proof of this. The painting collection of the Utrecht school of Maria Thins may have played an important role in his early career since the paintings from that period are quite distant from the styles popular in Delft. Mrs. Thins was his mother-in-law and distant relation of the painter Abraham Bloemaert. After an initial period dedicated to Biblical and mythological subjects, a little before 1660 he turned to genre paintings; he may have been influenced by the arrival of Pieter de Hooch and Jan Steen in 1654 and 1655, respectively. His unique interpretation of themes that were well consolidated in Dutch painting tradition, soon led him to become one of the most esteemed and sought after artists in the city. In spite of the lack of documented proof, Vermeer must have been quite famous by some time around 1660, since he became one of the directors of the Guild of St. Luke in 1662-1663. Following the invasion of Holland by Louis XIV and the subsequent economic crisis, the painter’s fortunes took a turn for the worse. He died three years later leaving his wife and ten children with a mountain of debts.

Do you know a painter by the name of Jan Ven der Meer? He painted a pretty, very distinguished Dutch lady who is pregnant. This strange artist’s palette includes blue, lemon yellow, pearl gray, black and white. It is true that one can find the entire range of colors in his paintings; but combining lemon yellow, dim blue and pale gray is typical [in his works], much as the harmonization of black, white, gray and pink is typical of Velasquez...The Dutch did not have imagination, but they had extraordinary taste and an infallible sense of composition. 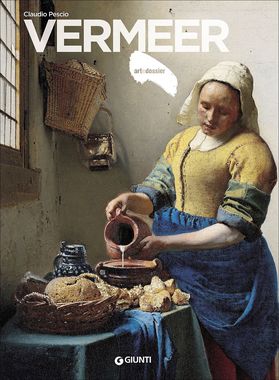