Daughter of the Pisan painter, Orazio Gentileschi and Prudenza née Montone, as a child Artemisia took delight in playing with her father’s paints and sitting as his model. It was in Orazio’s Rome studio that the young Artemisia began studying the art of painting. Her great talent soon led her to embark on a distinguished, independent career which, in spite of a certain amount of sexual discrimination in the beginning, would make her one of the most famous painters in history. In 1609 Artemisia painted her friend Tuzia and her son for a Virgin and Child. The early date of 1610 on Susanna and the Elders (in Pommersfelden) which was her first signed work and a masterpiece, shows how her creative personality was immediately distinguished from that of her teacher. 6 May 1611 was the date of the terrible event that dramatically marked her personal and artistic life and contributed to the fact that contemporary historiography and later critics would be more interested in her life than in her work, that was an often marked by feminist connotation. Artemisia was raped by Agostino Tassi, a perspective painter who worked closely with her father, Orazio. This violence, that occurred with the complicity of her friend Tuzia, was kept secret for a long time. A trial was held almost one year later, in March 1612, – the records containing the documents and testimonies still exist. The trial ended with a light sentence for Tassi and humiliation for Artemisia who had to suffer through countless gynecological examinations and physical tortures. Finally, in November of the same year Artemisia moved to Florence, forced by her father to marry the Florentine Pierantonio di Vincenzo Stiattesi. As critics have often emphasized, the pictures she painted following the tragic events of this period reveal, great formal drama and realistic harshness, elements of Caravaggesque origin that would mark a shift in the still classical style of her early paintings. In 1612 Artemisia painted the famous Judith Decapitating Holofernes which is in the Museo Capodimonte in Naples (she also painted another version that is in the Uffizi) which was the first in a series of paintings of courageous mythological or biblical heroines. Artemisia remained in Florence until 1620 where she worked under the protection of the Grand Duke Cosimo II and Michelangelo Buonarroti the Younger who, in 1615 commissioned The Inclination (1615). In 1616 Artemisia was received as a member of the prestigious Accademia del Disegno of Florence. The paintings that she did in Florence had a definite influence on local art: Judith and Her Maidservant with the Head of Holofernes (1614), Saint Catherine (1614-1615), Minerva (1615), the Penitent Magdalene (1617) and Yael and Sisara (1620). In 1621 Artemisia was again in Rome along with her daughters and husband who, in 1623 abandoned her forever. During this period the artist spent two important periods away from Rome, in Genoa where she met Van Dyck and painted Lucretia (1621), and a Cleopatra (1621), and in Venice. Upon her return to Rome she painted the Portrait of the Gonfalonier (1622) and the famous Esther Before Ahasuerus (1622-1623) and made many contacts with Italian and foreign Caravaggesque artists. In 1630, after she completed the famous Self-portrait as the Allegory of Painting that had been commissioned by Cassiano dal Pozzo, she moved to Naples where she did many paintings, including one of the few works that were for public display: The Annunciation (1630) and a cycle of canvases for the Pozzuoli cathedral. In 1637 King Charles I invited her to England to work with her father, Orazio, who had been there since 1628. And so the artist went to help her father – who was over seventy years old – finish the cycle of canvases for the ceiling of the Queen’s House by Inigo Jones, in Greenwich. The iconographic program of her work was Allegory of Peace and the Arts under the English Crown (1638-1639). After Orazio died in 1641 Artemisia decided to return to Naples where she worked ceaselessly on many important commissions, such as those from Don Antonio Ruffo,. the Sicilian collector from Messina. Artemisia died in Naples in 1652.

“…how well God liked this girl, having guided her in the profession of painting in three years she became so skilled that I dare to say that she has no equal today, as she has painted works that perhaps even the great masters cannot reach her skill” 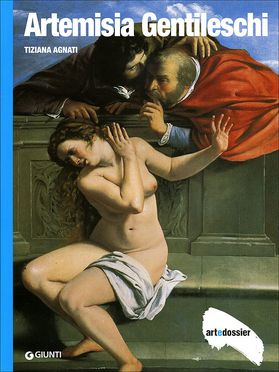