Vincent Van Gogh was born at Groot Zundert, in the Brabant region of the Netherlands, on 30 March 1853, son of Theodorus van Gogh, a Protestant minister and Anna Carbentus. Between 1864 and 1868 he was in boarding school at Zevenbergen and then attended the Hannik Institute in Tilburg. He abandoned his studies in March 1868, perhaps because of the family’s financial problems. The following year he left for The Hague where he obtained a salesman’s job in the local branch of Goupil & Cie., French art dealers. In 1872 he began a steady correspondence with his brother Theo, that would become an essential source of information about the artist’s works and ideas. In 1873 he was transferred to Brussels and then to London where he suffered severe depression following a disappointing romance. From May 1875 to April 1876 he worked in Paris. After leaving the auction house he went to England and then returned to his family in Etten at the end of the year. After for a bookseller in Dordrecht for a short time, in May 1877 he moved to Amsterdam where he studied for admission to the School of Theology – without success. In 1878 he spent three months near Brussels in a preaching school, but was deemed unfit at the end of the course. He was only given a temporary assignment as a lay preacher in a mining town near Mons. The assignment was not renewed and shaken by that decision he moved to Cuesmes where he preached. His sojourns in the mining villages are documented by a rich series of drawings. In October 1880 he decided to become a painter and moved to Brussels where he studied anatomy and perspective drawing, and became friendly with the painter Anthon van Rappard. He spent the spring of 1881 in Etten with his parents and had an unhappy romance with Kee Vos, a young widowed cousin, who rejected him. At the end of the year he left for The Hague and via the painter Anton Mauve he met several artists from The Hague School. He did his first oil paintings of still lifes and water colors with real models. During that period he lived with Clasina Maria (Sien) Hoornick, an alcoholic prostitute whom he wanted to save. He left Sien in September 1883 and moved to Drenthe where he painted landscapes and farmers. At the end of the year he joined his family in Neuenen where he would stay for nearly two years and work with great enthusiasm. Between November 1885 and February 1886 he lived in Antwerp where he attended the Academy of Fine Arts, he studied the works of Rubens and collected Japanese prints. At the beginning of March he went to his brother Theo in Paris and stayed until February 1888. He frequented Cormon’s studio where he met Toulouse-Lautrec and Emile Bernard and his brother’s Impressionist friends, Signac, Pissarro and Gauguin. He exhibited some works at the Le Tambourin café that was run by Agostina Segatori, one of Degas’ former models with whom he had a short affair; he also organized a show of works by himself and his friends the so-called Impressionistes du Petit Boulevard: Bernard, Anquentin, Toulouse-Lautrec and Gauguin. In February 1888 he left Paris for Arles and Gauguin joined him there at the end of the year. They shared a home for just a short time and soon had a furious argument on 23 December 1888 after which Van Gogh cut off part of his left ear. After a brief hospital stay, in May 1889 he decided to leave Arles for Saint-Rémy where he entered the asylum. Even there he continued working steadily and his paintings began to receive their first favorable reviews: he exhibited at the Salon des Indépendants in Paris, and at the Les XX in Brussels. He left again for Paris in May 1890 and stayed for only three days, he continued on to Auvers-sur-Oise where Doctor Gachet took him on as a patient. Vincent shot himself on 27 July 1890 and died two days later without having ever regained consciousness. After having spent time in several asylums, his brother Theo died in an institution in Utrecht on 25 January 1891.
The works

He is a hyper-aesthete, with clear symptoms, who perceives the secret and imperceptible features of lines and shapes, and even more the colors, the lights, the nuances that are invisible to the naked eye and the magical iridescence of shadows with an abnormal and perhaps even painful intensity. That is why this realism, of a neurotic, and his sincerity and truth are so different from the realism, sincerity and truth of the great, little Dutch bourgeois who were so healthy in body and so well-balanced in soul that they were his ancestors and teachers.[…] Could this robust and frank artist, a true thoroughbred, with his big, coarse hands, his womanish hysterics, enlightened soul that is so original and alone in the midst of our ridiculous contemporary art one day know—everything is possible—the joy of rehabilitation, the repentant caresses of fashion? Perhaps. 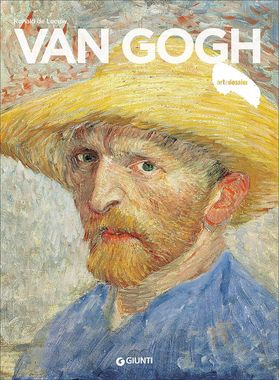