Although documentary sources tell us that he first worked at Sansepolcro, Piero’s training was fully Florentine, perhaps in the atelier of Domenico Veneziano with whom he worked from 1439 on the lost frescoes in the choir of Sant’Egidio in Florence. Dating Piero della Francesca’s works is particularly difficult and many scholars attribute them to different periods that are quite far apart. The Baptism of Christ (London, National Gallery) was painted for the Camaldolese Abbey at Sansepolcro and it has been dated in the early ‘forties and or the late ‘fifties. At Sansepolcro, in January of 1445 Piero received a commission from the Confraternità della Misericordia to paint the Polyptych of the Misericordia (Sansepolcro, Museo Civico), a complex undertaking that reveals an acute sensitivity for rendering light and naturalistic elements and that was only finished around 1460-62. He made several trips to Ferrara where he did many paintings – that have since been lost – which had a marked impact on the development of local painting, and to Rimini where in the Tempio Malatestiano he did the fresco of Sigismondo Malatesta Before St. Sigismund. In 1452 he was called to fresco the choir of San Franceso in Arezzo with the Legend of the True Cross, a milestone of the Italian Renaissance in which the story is imbued by rigorous control of form and perspective and yet at the same filled with luminous colors. During this period his works show evident traces of the Flemish culture, especially in the renderings of the landscape. The Madonna del Parto in the Monterchi cemetery chapel is stylistically close to the Arezzo frescoes. For Federico da Montefeltro Piero painted the Flagellation of Christ of Urbino (dated 1453 or 1459-1460), the Portraits of Federico da Montefeltro, Duke of Urbino and of His Wife, Battista Sforza that is in the Uffizi Gallery (1465-1473, circa), the Brera Altarpiece (1472-1474), the Senigallia Madonna (1474) works that testify to the deep bonds with northern culture and the perfection of his knowledge mathematics-perspective that he later presented in his treatise De prospective pingendi. Piero was extremely busy during these years and only in 1469 did he manage to complete the polyptych for the church of Sant’Agostino at Sansepolcro that had been commissioned in 1454. Information about his painting after 1475 is quite scanty, perhaps because of a vision problem which, according to Vasari, developed into total blindness. There is documentary proof of his having been in Rimini in 1482, and in 1487 he wrote his last will and testament and stated that he was in sound health. 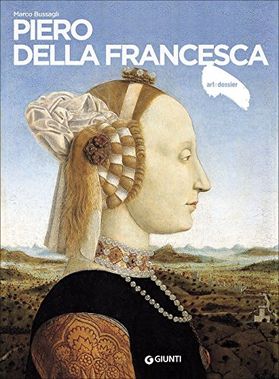