Francesco di Giorgio Martini was perhaps the most outstanding artist on the mid-fifteenth century Sienese panorama. He is generally believed to have been a pupil of Vecchietta, even though there is no documentary proof of such an apprenticeship. Some small paintings date from the early fourteen-sixties, while his first known sculpture St. John the Baptist, dates from 1464. It was during that same year that he began working as an engineer. On 3 November 1467 he married Cristofana di Cristofano di Compagnatico. But a document dated the following year, would confirm that he had received the dowry for the daughter of Antonio di Benedetto Nerocci of Siena. During the early years of the next decade Francesco worked primarily as a painter alongside of Neroccio de’Landi. In 1471 he received payment from the Ospedale di Santa Maria della Scala for some paintings. From 1472 to 1475 he worked on the large Coronation of the Virgin for the monastery of Monte Oliveto fuori Porta Tufi, and in 1475 he received another commission from the same monastery for the altarpiece depicting the Nativity (now in the Pinacoteca Nazionale of Siena). On 6 July 1475 Francesco di Giorgio and Neroccio broke up their partnership. From November 1477 the artist lived in Urbino at the court of Federico da Montefeltro where he worked mainly as military architect. His trips to Siena in 1481 and the drawings he submitted for the church of San Francesco are evidence of his lasting relationship with his native city, where, upon request of Federico he was elected “prior” in 1480. Between 1481 and 1485 he prepared the drawings and model for the church of Santa Maria delle Grazie al Calcinaio near Cortona and continued doing architecture in the Marches region between Macerata, Jesi and Urbino. In 1487 he was elected podestà of Porto Ercole and was paid for his work on the bridge at Macereto. In 1489 he received the important commission for the bronze Angels for the main altar in the Siena cathedral. During the second phase of his work in Siena, the last decade of the fifteenth century, he resumed painting and did the large Nativity for the church of San Domenico. In 1490 Gian Galeazzo Sforza summoned him to Milan for architectural consulting and there he met Leonardo da Vinci. The following year he was one of the architects who participated in the competition for the façade of the church of San Lorenzo in Florence that had been announced by Lorenzo the Magnificent. He made a trip to Naples in 1491 where, according to documentary sources, he stayed on and off until 1495. On 30 June 1492 the Neapolitan treasury paid Antonello da Capua on behalf of Fra’Giocondo who executed one hundred twenty six drawings for two volumes by Francesco di Giorgio. The artist again worked as an architect in Naples during the siege of Castel Nuovo by the troops of Charles VIII. In 1499 he was the master builder of the Opera del Duomo of Siena and the following year he was summoned to Loreto for an opinion on the dome of the basilica that was close to collapse. He died on 29 November 1501.

"Francesco di Giorgio of Siena, was an excellent sculptor and architect […] a person as well endowed with good skills as with rare talent, so it was not for money, but rather his pleasure that he worked when it suited him and to leave some splendid monument of himself. He also worked as a painter, and did some things, unlike [his] sculptures. He was most skilled in architecture and proved that he truly understood that profession […]. Francesco was a great engineer and excelled in machines of war […]. He was also curious about understanding the machines and tools of war of the ancients, and studied the ancient amphitheaters and other similar structures that also led him to study sculpture”. 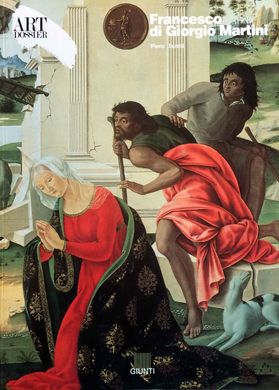