Son of the musician, Daniele Reni, Guido was born in Bologna on 4 November 1575, and as a youth frequented the atelier of the Mannerist painter, Denys Calvaert. He transferred to the Accadmia degli Incamminati sometime before 1591 and his early works such as the altarpiece with the Coronation of the Virgin (Bologna, Pinacoteca) reveal the influence of both Annibale and Ludovico Carracci. After Agostino and Annibale left for Rome, Reni soon revealed his lack of tolerance for the sentimental and dramatic tones of Ludovico’s paintings and moved closer and closer to Annibale’s classicism. The conflict with his teacher became more acute when the commission for the frescoes on the façade of the Palazzo Pubblico to celebrate the arrival of pope Clement VII (November 1598) was announced. Reni competed with Ludovico and obtained the commission. All that remains of this is an engraving by Reni, but we can see examples of his personal classicism in the contemporary frescoes in Palazzo Zani, in the Assumption in the Pieve di Cento and in the Resurrection that he painted for San Domenico. He probably moved to Rome with Albani in 1601 and remained there until 1614. In 1601 he did the cycle of paintings for the church of Santa Cecilia that were commissioned by Cardinal Paolo Emilio Sfondrato. Very aware of the city’s linguistic innovations, Reni was interested in Caravaggio’s works as we can see from some paintings such as the Martyrdom of St. Peter in the Vatican Museums and the David (Paris, Louvre). He returned to Bologna in 1603 for a brief stay and worked decorations for Agostino Caracci’s funeral as well as the decorations of the octagonal cloister of San Michele in Bosco. Upon his return to Rome, via his acquaintance with Cavalier d’Arpino, he met Scipione Borghese, nephew of pope Paul V who commissioned him to do the frescoes in the rooms of the Nozze Aldobrandini and of the Dame in the Vatican (1607-1608). In 1609 – still working for Scipione Borghese – he painted the fresco depicting the Martyrdom of St. Andrew in San Gregorio al Celio, and then, by the end of 1610 he completed the decorations in the Chapel of the Annunciation in the Palazzo Quirinale. While he was working on the Pauline chapel in Santa Maria Maggiore (1611-1612) he painted one of his great masterpieces, the Slaughter of the Innocents for the Berò chapel in the church of San Domenico in Bologna (1611). Prior to leaving Rome for his home town, Guido painted the large fresco of Aurora for the casino in Scipione Borghese’s palazzo at Montecavallo (currently known as Palazzo Rospigliosi-Pallavicini). In 1613 in Bologna he painted the fresco of The Glory of St. Dominic in the chapel of the Ark in San Domenico, but in 1614 he was summoned to Rome by the Pope. Reni, however, broke off relations with the pontiff that same year because he accepted the job of decorating the chapel of the Blessed Sacrament in the Ravenna cathedral for Pietro Aldobrandini who was hostile to the pope. He completed the chapel in 1616 with the help of Gessi and Sementi. When he resettled permanently in Bologna he had a flourishing atelier dedicated mainly to painting religious and secular half-length portraits. This was also the period of his greatest works such as the Crucifixion of the Capuchins (Bologna, Pinacoteca), the canvases of the Labors of Hercules (1617-1621, Paris, Louvre) and the two versions of Atalanta and Hippomenes (Naples, Museo di Capodimonte and Madrid, Prado). In 1621 he went to Naples where he was to fresco a chapel in the cathedral, but never obtained the commission, and then between 1621 and 1626 he was engaged in painting two pictures for the church of the Filippini di Fano that marked the beginning of a new and crystalline phase in his career. One outstanding example of this phase is The Trinity that he painted for the church of the Pellegrini in Rome. In 1627 he went to Rome to set up one of the new altars in St. Peter’s Basilica, a job that was never led to anything, but Bernardo Spada introduced him to the French circles in Rome. During the fourth decade of the century he softened his brushstrokes and used softer, more fluid colors as we can see in the Triumph of Job that he painted for the church of the Mendicanti in Bologna. Over the years he accentuated this tendency until he achieved an almost impalpable and evanescent manner. The “Sacchetti” canvas – now in the Pinacoteca Capitolina, and the Adoration of the Magi (Cleveland) are typical examples of this “unfinished” style.

Guido’s genius was neither very lively nor very great; he was not equally successful with all subjects. Since he had more nobility, sweetness and grace than strength and pride, he was more suited to [painting] tender and religious subjects than others. 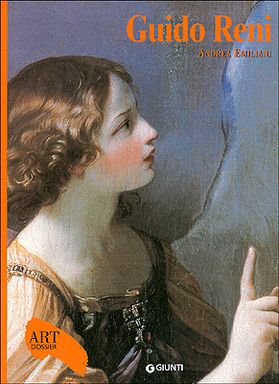