Vittore Carpaccio’s artistic training has raised considerable problems for the critics: it was purely Venetian (Gentile Bellini or Lazzare Bastiani) according to some, more complex and articulated according to others, because of his acquaintance with Antonello da Messina, and his knowledge of the works of Mantegna and Piero della Francesca’s Ferrara paintings. His first documented commission was the cycle of canvases for the school of Sant’Orsola that he began in 1490., that reveal an already mature pictorial language. These paintings were followed by numerous commissions from other Venetian institutions: the school of San Giovanni Evangelists, San Giorgio degli Schiavoni, the Albanesi, and Santo Stefano. He also worked on the Room of the Maggior Consiglio in the Doges’ Palace and Sanudo the Venetian chronicler described him as the “state painter.” Vittore Carpaccio was one of the most educated and intellectual artists of his era: his works reveal his familiarity with the illustrations in the first printed books, a detailed knowledge of architecture, classic texts and courtly romances; he reproduced Hebrew and Greek inscriptions and musical scores.

In Carpaccio, precise observations of nature combine with poetic religious inspiration and even in the midst of the Renaissance triumphs portrayed in his works, there is a distant echo of the Middle Ages. He observes the pomp of the world from the threshold of the church; desire and prayer, mystic love and the throb of the senses, the serene fantasies of antiquity reborn, and visions of the Gospels, pagan images and Christian sentiment come together in affable harmony. And it is that harmonious blend of the real and ideal that gives us the delicacy of form that we will seek in vain among the titans of Venetian art. 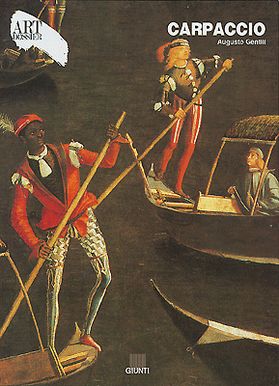