The exact year of Jan van Eyck’s birth is not known, but has been placed between 1390 and 1400; the place may have been Maaseik in the Netherlands, then part of the Duchy of Burgundy. There is very little precise information about his training, and his teacher may have been his elder brother Hubert who died in 1426. Between October 1422 and September 1424 Jan was in The Hague, in the service of the Count of Holland, Jean de Bavière Hainaut. After the count’s death in May 1425 he was on record as the court painter to the duke of Burgundy, Philip the Good, for whom he undertook several journeys and diplomatic missions. The painter was part of the delegation that went to Lisbon in 1428 to negotiate the marriage of the duke and Isabella of Portugal, of whom he painted a portrait. After living in Lille, Van Eyck moved to Bruges in 1431. That same year, his brother Hubert’s unfinished altarpiece with the Adoration of the Lamb was placed in the Cathedral of St. Bavon in Ghent. In 1433 he signed and dated the Virgin and Child known as “di Ince Hall” and the portrait of A Man in a Turban. The Marriage of Giovanni Arnolfini and Giovanna Cenami dates from the following year. Between 1435 and 1437 he painted some major works such as the Madonna with Chancellor Rolin, that may have influenced by the Treaty of Arras (1435), St. Barbara and the Dresden Triptych. He painted the Madonna at the Fountain (signed and dated 1439) and The Lucca Madonna during the last decade of his life. Jan van Eyck died at Bruges in June 1441 as evidenced by the documents for the funeral expenses on record in the church of Saint-Donatien.

His gaze is so penetrating that it visibly reconstructs the human body under the clothes, something with which miniaturists were never concerned. With the same power he conquers all reality, the landscape, light, cohesion among objects, greenery, rocks, fabrics and metals, and even the individuality of man and the sturdiness of his constitution. [...] He knows fabrics as well as a weaver, architecture as a master-builder, the earth like a geographer, flora like a botanist. 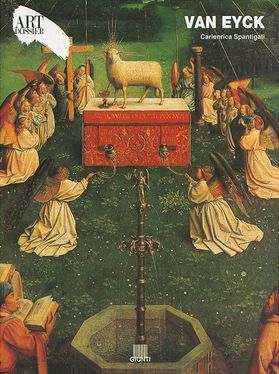