Son of Gabriele Caliari, a Veronese stonecutter, Paolo began his artistic career in the workshop of Antonio Badile in Verona; where he was registered as a helper in 1541. During the early years of his training, the artistic scenario in Verona was dominated by Mannerism in the Mantuan and Emilian modes and by San Michele-type classicism. His first documented painting, done around 1548, is the Bevilacqua Lazise Altarpiece for the church of San Fermo (today it is in the Museo di Castelvecchio in Verona). During the early 1550’s he left Verona and in 1551 was working with Zelotti and Canera on the frescoes in Villa Soranza at Treville. An altarpiece for the Mantua cathedral depicting the Temptations of Saint Anthony (Musée des Beaux-Arts, Caen), marked his greatest interest in the works of Giulio Romano. He arrived in Venice in 1553, as he had been summoned, along with Zelotti, to work on the Ducal Palace. He received a series of important commissions, and placed himself in extreme contrast with respect to the traditional Venetian use of color. In 1556 he worked on the decorations in the Marciana Library and that same year he began the decorations in the church of San Sebastiano that he would work on until 1567. The important frescoes in the Villa Barbara at Maser and in the refectory of the church of San Giorgio Maggiore in Venice date from 1561. After he completed a series of large altarpieces he returned to Verona in 1565 to marry Elena Badile, the daughter of his first teacher. He worked in Verona, alternating between commissions from local and Venetian clients. Veronese and his helpers worked actively on the restorations of the ducal palace following the fires of 1574 and 1577, specifically in the rooms of the Collegio, Anticollegio and Maggior Consiglio. Although he designed the fresco of Paradise for the council room, but it was only completed by Tintoretto after his death. The artist’s later work is more complex in that it shows an extraordinary ability to update and adapt, especially in the mythological subjects he painted for Rudolf II of Prague and in the cycle of Biblical Scenes (Vienna) that reveal a closeness to the elegant Rudolfian paintings

The usual definition of Paolo’s art is perfect serenity, total abandonment to the enchantment of pure, fresh, spring-like color that is not clouded by vapor-filled atmospheres, but vibrant in the light of a clear sky that has been washed by the rain and fills even the shadows with the lightness and transparency of crystal. Thus, Paolo’s compositions release a sense of joy, of youth, of gratifying calm…His paintings, based on multiple harmonies of pale tones, obtain an effect of radiant richness from the transparent and luminous veils of shadow that reverberate from the adjacent colors. The free, fast strokes, with aggregations of pale tones contrasting the dark ones, encrust the light and diaphanous fabric that shapes the images and the ivory buildings with jewels amidst the reflections of the blue-green sky and pinkish clouds. 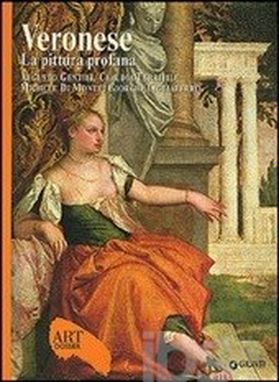