In 1469 the young Leonardo was working in Andrea Verrocchio’s atelier in Florence. He assisted his master on the painting of the Baptism of Christ for San Salvi in Florence where he revealed a softer and lighter technique than Verrocchio’s dry style. His first dated work is the drawing with a View of the Arno Valley (1473), a landscape that reveals his interests as well as his distance from the current Florentine painting style. During those years he painted the portrait of the noblewoman Ginevra de’Benci (Washington, D.C., National Gallery), the Virgin and Child (1474-1478, circa) and the Annunciation that is in the Uffizi Gallery. In 1478 he began working on the Madonna Benois where he experimented with a new form of gestural and expressive communication among the figures, and he received his first public commission: the altarpiece for the chapel of St. Bernardo in Palazzo della Signoria in Florence; he never completed the project. Even the Adoration of the Magi, that was commissioned in 1481 by the monks of San Donato a Scopeti – now in the Uffizi – remained unfinished. In 1482 he left for Milan where Ludovico il Moro commissioned an equestrian monument dedicated to his father, Francesco Sforza. At the Sforza court Leonardo worked on hydraulic engineering, he created ephemeral decorations for festivals and plays, and decorated the Sala delle Asse of the Sforza Castle. In 1483 he signed a contract for the Virgin of the Rocks that was to be placed in the church of San Francesco Grande in Milan. He painted another splendid portrait, Lady with an Ermine and between 1495 and 1498 worked on the Last Supper in the refectory of Santa Maria delle Grazie, using an innovative technique. In 1499 he left Milan and embarked on a journey that would take him to Mantua, Venice and Florence. There, in 1501 he did the first large cartoon for The Virgin and Child with Saint Anne (London, National Gallery) and he worked on the Madonna with Yarn-Winder (1501, circa); In 1503, according to Vasari, he began working on the Mona Lisa for Giuliano de’Medici and received the commission for the Battle of Anghiari for the Salone dei Cinquecento in Palazzo della Signoria. The cartoon was destroyed in 1563. He began to travel once again, first to Milan, then to Rome where he did his last known painting, St. John the Baptist (1513-1516, circa). In 1517 he went to France, on invitation from the king Francis I and lived at the Chateau de Cloux near Amboise, where he worked on his scientific studies, and during the year before his death participated in the creation of the decorations for the baptism of the Dauphin.

In the normal course of events many men and women are born with various remarkable qualities and talents; but occasionally, in a way that transcends nature, a single person is marvelously endowed by heaven with beauty, grace and talent in such abundance that he leaves other men far behind, all his actions seem inspired, and indeed everything he does clearly comes from God rather than from human art. Everyone acknowledged that this was true of Leonardo da Vinci, an artist of outstanding physical beauty who displayed infinite grace in everything he did and who cultivated his genius so brilliantly that all problems he studied he solved with ease. He possessed great strength and dexterity; he was a man of regal spirit and tremendous breadth of mind. [...] This marvelous and divinely inspired Leonardo was.[...] so favored by nature that to whatever he turned his mind or thoughts the results were always inspired and perfect; and his lively and delightful works were incomparable graceful and realistic. 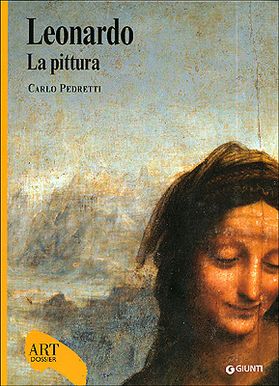